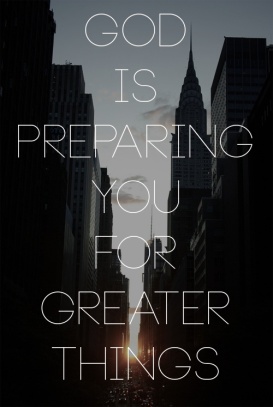 The last post was about when God’s answers don’t seem to match our prayers. Today, I wanted to expand on the topic. God works all things together for His purposes on the earth. Many times we are frustrated because we are trying to get God to work all things together for our purposes. It’s, “God, my will be done on earth,” instead of, “God, Your will be done on earth.”

God is interested in every single detail of our lives. He cares about us more than we could possibly care about ourselves. He cares about it all. He, however, sees the bigger picture. He sees all, knows all, and works all things together to accomplish the greatest good. Here are some examples from scripture.

Our Savior came into the world as a babe. He was born into humble circumstances. He lived only 33 years before being crucified. Jesus knew why He came. He knew His life would be the atoning sacrifice for all sin. He knew He would suffer and endure hardships for us. In the garden of Gethsemane He prayed, “Father, if you are willing, take this cup from me; yet not my will, but yours be done,” Luke 22:42. The Father had the crucifixion of the Son in place for our redemption. He allowed it to happen knowing He would raise His Son up to glory. The pain that Jesus endured accomplished more than our minds fully fathom. It was for His glory! The Father was glorified. The Son was glorified. And we are able to partake in an abundance of promises because of God’s glorious plan.

I love the story of Lazarus. He was a friend of Jesus. He was loved by Jesus. He became sick and died. Lazarus’ sisters sent for Jesus, and He did not come.

When he heard this, Jesus said, “This sickness will not end in death. No, it is for God’s glory so that God’s Son may be glorified through it.” Jesus loved Martha and her sister and Lazarus. Yet when he heard that Lazarus was sick, he stayed where he was two more days, John 11:4-6.

It seems strange that Jesus did not immediately stop what He was doing and attend to the request to come see His friend. By the time Jesus got there, Lazarus had been dead four days.

Jesus went on to tell them, “Our friend Lazarus has fallen asleep; but I am going there to wake him up.”

His disciples replied, “Lord, if he sleeps, he will get better.” Jesus had been speaking of his death, but his disciples thought he meant natural sleep.

Then Jesus proceeded to raise Lazarus from the dead.

Jesus, once more deeply moved, came to the tomb. It was a cave with a stone laid across the entrance. “Take away the stone,” he said.

“But, Lord,” said Martha, the sister of the dead man, “by this time there is a bad odor, for he has been there four days.”

Then Jesus said, “Did I not tell you that if you believed, you would see the glory of God?”

So they took away the stone. Then Jesus looked up and said, “Father, I thank you that you have heard me. I knew that you always hear me, but I said this for the benefit of the people standing here, that they may believe that you sent me.”

When he had said this, Jesus called in a loud voice, “Lazarus, come out!” The dead man came out, his hands and feet wrapped with strips of linen, and a cloth around his face.

Jesus said to them, “Take off the grave clothes and let him go.”

Therefore many of the Jews who had come to visit Mary, and had seen what Jesus did, put their faith in him, John 11:39:44.

The death of Lazarus resulted in the resurrection of Lazarus, and God was glorified. Many people came to believe because of Lazarus’ encounter with Jesus.

In our own lives we can focus on a small part of the equation, and God is focused on the greater picture. It’s not simply about us. It’s about the greater purpose. God knows what will bring the greatest impact for His Kingdom. It isn’t that He does not care about us or He’s selfish. He is perfect in wisdom and has a plan that is beyond what we can understand, reason, or fathom. We may never fully understand what He is doing. He is not obligated to explain everything to us. He asks that we trust Him.

I told you about my car accident. I was able to share God’s love with the salesman who sold me my car. I did finally get one Friday. The man who sold me my car provided a discount that was quite generous. The car I purchased has more than I could have asked for. God has also given me opportunities to share His love with others and the testimony of His saving power, healing, and grace during a challenging time. He continues to solidify my faith that He is my Protector, Provider, and Healer. I don’t know all that He has planned, but I am certain it will be for His glory.

God is good friends. What He is preparing for those who love Him is greater than anything we could imagine. May we trust Him more and more, knowing that He is good, and He is love. God bless you. Love, Erin. 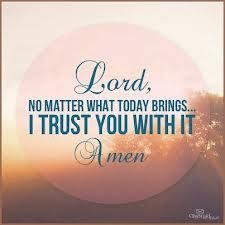 One thought on “For His Glory”